Gene Watson and Jeannie Seely to perform in Pigeon Forge

Gene Watson and Jeannie Seely to perform in Pigeon Forge 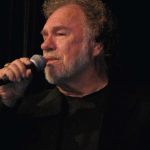 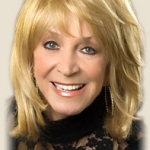 to perform in Pigeon Forge

Watson, known as “The Singer’s Singer,” has a powerful and multi-octave range that allows him to master some of the most challenging songs.

Some of his hits include “Farewell Party,” “Fourteen Carat Mind,” “Paper Rosie” and “Love in the Hot Afternoon.”

His most recent album, “My Heroes Have Always Been Country,” pays tribute to his own musical heroes and to songs that influenced him as a performer, including “The Party’s Over” by Willie Nelson; “It’s Not Love (But It’s Not Bad)” by Merle Haggard; “Here Comes My Baby Back Again” by Dottie West; and “Long Black Veil” by Lefty Frizzell.

“Miss Country Soul” Seely joined the Grand Ole Opry in 1967, known for her hit “Don’t Touch Me.” She is one of a select group who has scored No. 1 hits as a solo artist, duet partner and songwriter.

Having started her career as a songwriter, she recorded songs for stars like Dottie West. It was West who encouraged her to move to Nashville in 1965. Once she arrived, Porter Waggoner hired her to replace Norma Jean as the female singer for his road show and syndicated television series.

“Don’t Touch Me” is included in the book “The Stories Behind Country Music’s All-Time Greatest 100 Songs,” written by Ace Collins.

Tickets for the show are $35 plus tax.

Need a place to stay after the show? We have exactly what you’re looking for! Call Heartland Cabin Rentals today at 1-888-711-0087 to reserve your spot. We can’t wait to meet you!

About the Author: Doug Shanks

This site only offers Cabins that are located in Gnatty Branch Village by Heartland Cabin Rentals. To view all of Heartland Cabins please visit www.heartlandrentals.com